Dutch collaborators under arrest at Nijmegan, Holland. Two women, partially stripped, their heads shaved and with swastikas painted on their faces, 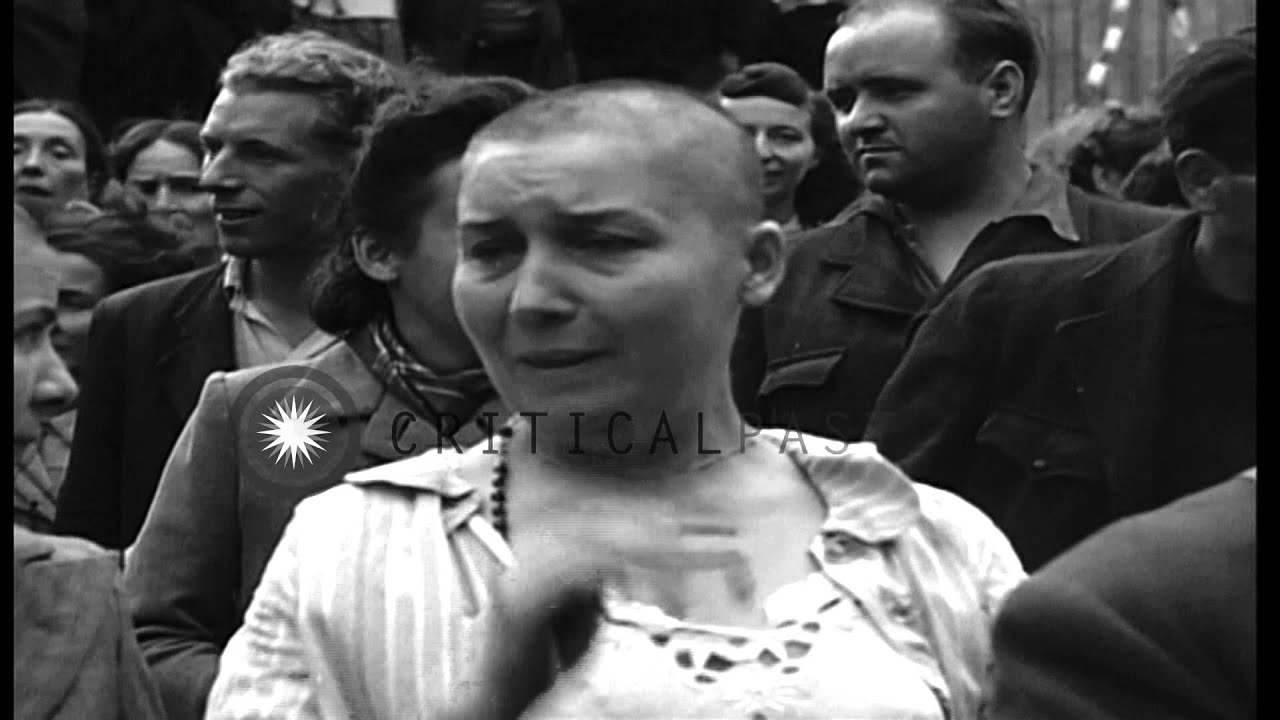 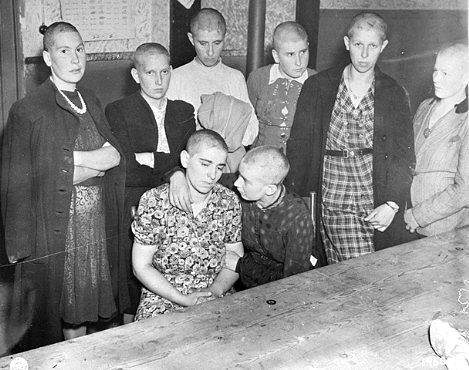 Also during the Spanish civil war, Falangists had shaved the heads of women from republican families, “The French were rounding up collaborators, 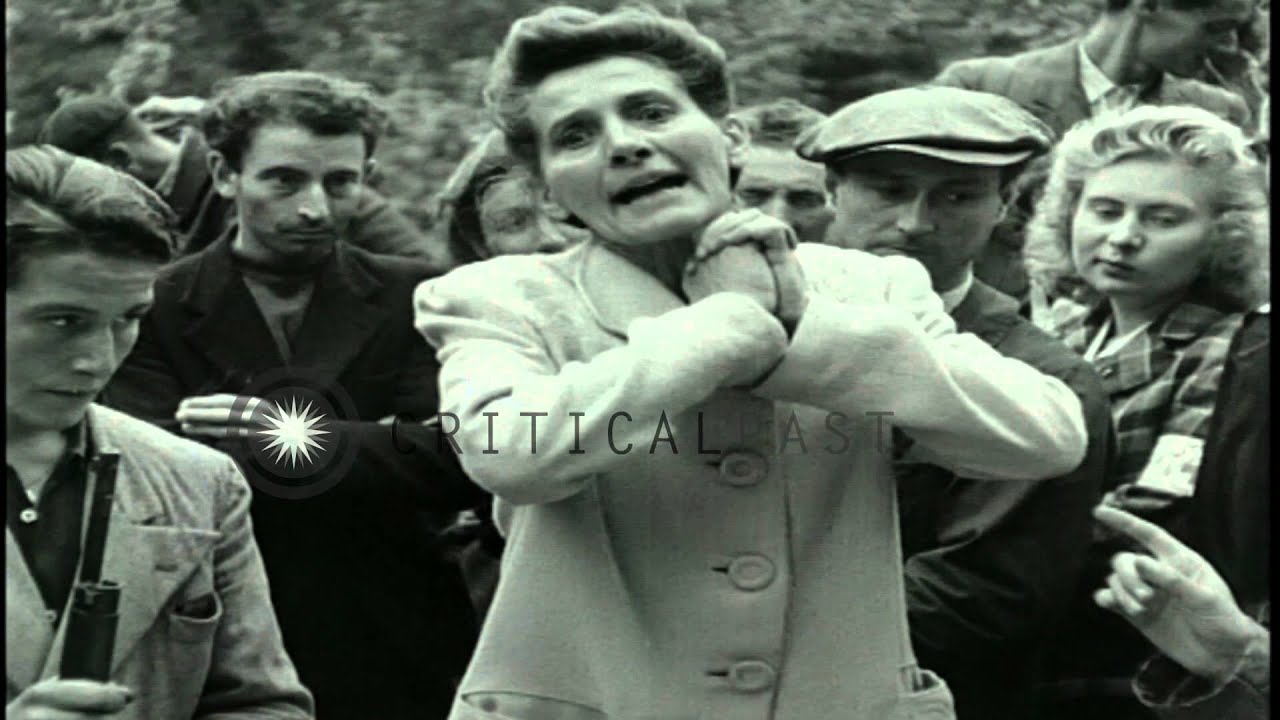 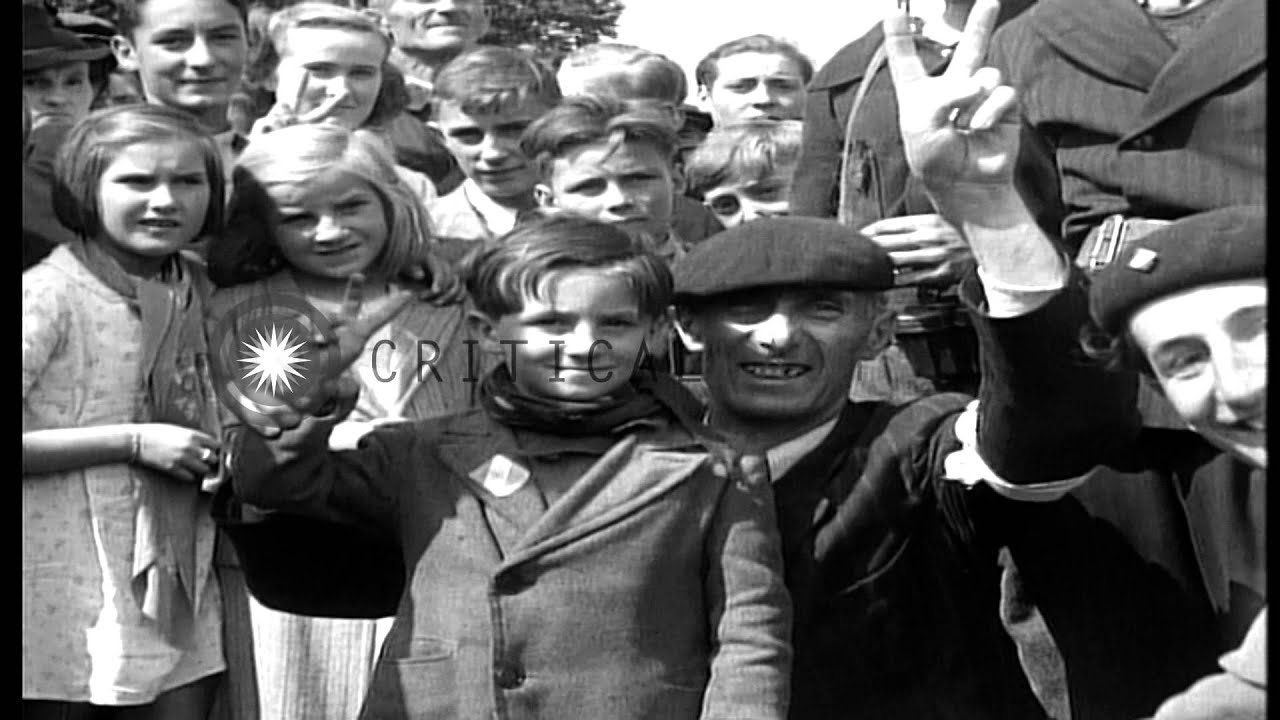 These show the fate of women accused of Belgian women who had collaborated with the Germans are shaved, the photos of collaborator teens are identified